Not In Our Name

A Stement of Conscience

Let it not be said that people in the United States did nothing when their government declared a war without limit and instituted stark new measures of repression.

The signers of this statement call on the people of the U.S. to resist the policies and overall political direction that have emerged since September 11, 2001, and which pose grave dangers to the people of the world.

We believe that peoples and nations have the right to determine their own destiny, free from military coercion by great powers. We believe that all persons detained or prosecuted by the United States government should have the same rights of due process. We believe that questioning, criticism, and dissent must be valued and protected. We understand that such rights and values are always contested and must be fought for.

We believe that people of conscience must take responsibility for what their own governments do -- we must first of all oppose the injustice that is done in our own name. Thus we call on all Americans to RESIST the war and repression that has been loosed on the world by the Bush administration. It is unjust, immoral, and illegitimate. We choose to make common cause with the people of the world.

We too watched with shock the horrific events of September 11, 2001. We too mourned the thousands of innocent dead and shook our heads at the terrible scenes of carnage -- even as we recalled similar scenes in Baghdad, Panama City, and, a generation ago, Vietnam. We too joined the anguished questioning of millions of Americans who asked why such a thing could happen.

But the mourning had barely begun, when the highest leaders of the land unleashed a spirit of revenge. They put out a simplistic script of "good vs. evil" that was taken up by a pliant and intimidated media. They told us that asking why these terrible events had happened verged on treason. There was to be no debate. There were by definition no valid political or moral questions. The only possible answer was to be war abroad and repression at home.

In our name, the Bush administration, with near unanimity from Congress, not only attacked Afghanistan but arrogated to itself and its allies the right to rain down military force anywhere and anytime. The brutal repercussions have been felt from the Philippines to Palestine, where Israeli tanks and bulldozers have left a terrible trail of death and destruction. The government has waged an all-out war on and occupied Iraq-a country which has no connection to the horror of September 11. What kind of world will this become if the U.S. government has a blank check to drop commandos, assassins, and bombs wherever it wants?

In our name, within the U.S., the government has created two classes of people: those to whom the basic rights of the U.S. legal system are at least promised, and those who now seem to have no rights at all. The government rounded up over 1,000 immigrants and detained them in secret and indefinitely. Hundreds have been deported and hundreds of others still languish today in prison. This smacks of the infamous concentration camps for Japanese-Americans in World War 2. For the first time in decades, immigration procedures single out certain nationalities for unequal treatment.

In our name, the government has brought down a pall of repression over society. The President’s spokesperson warns people to "watch what they say." Dissident artists, intellectuals, and professors find their views distorted, attacked, and suppressed. The so-called Patriot Act -- along with a host of similar measures on the state level -- gives police sweeping new powers of search and seizure, supervised if at all by secret proceedings before secret courts. 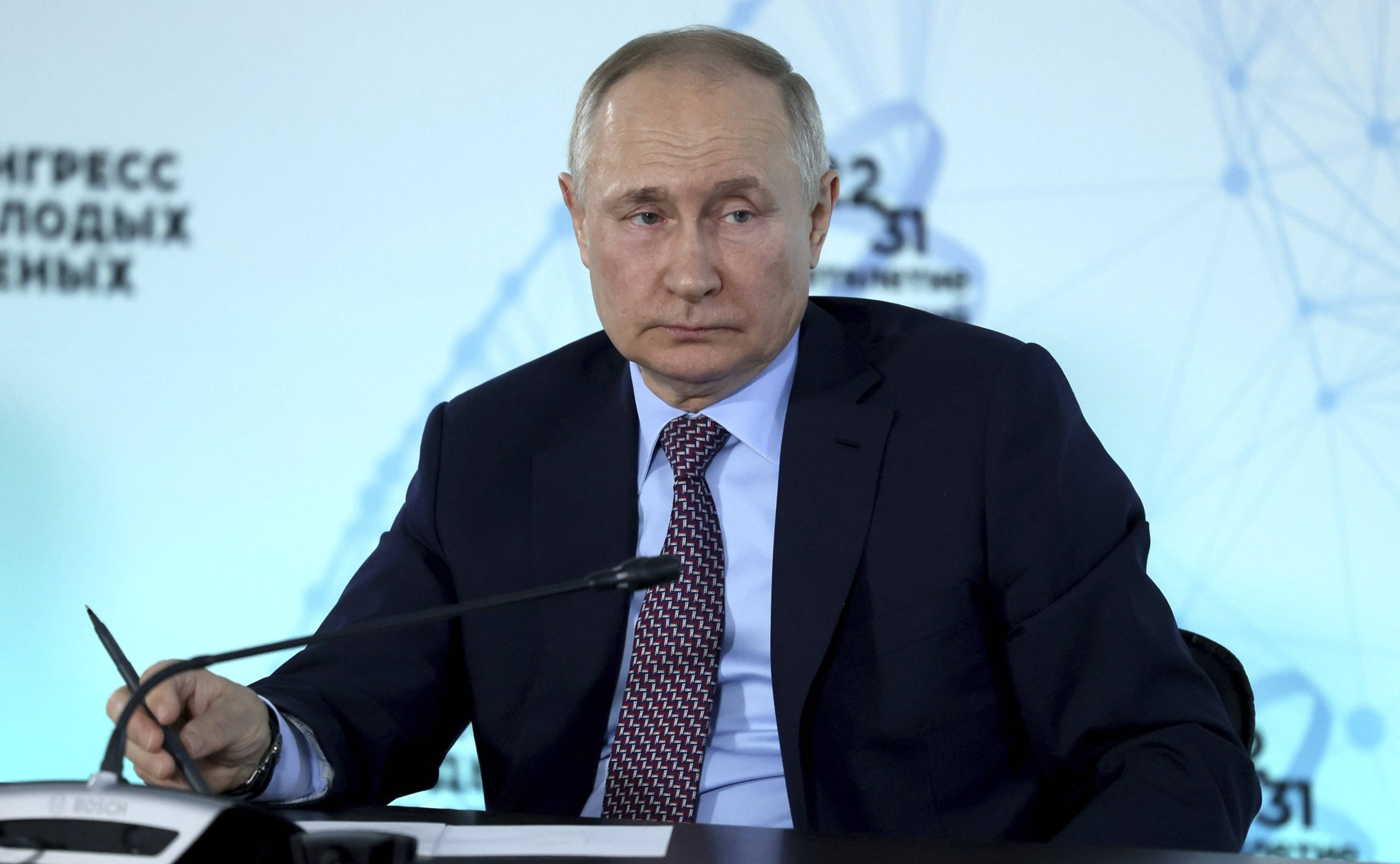 In our name, the executive has steadily usurped the roles and functions of the other branches of government. Military tribunals with lax rules of evidence and no right to appeal to the regular courts are put in place by executive order. Groups are declared "terrorist" at the stroke of a presidential pen.

We must take the highest officers of the land seriously when they talk of a war that will last a generation and when they speak of a new domestic order. We are confronting a new openly imperial policy towards the world and a domestic policy that manufactures and manipulates fear to curtail rights.

There is a deadly trajectory to the events of the past months that must be seen for what it is and resisted. Too many times in history people have waited until it was too late to resist.

President Bush has declared: "you’re either with us or against us." Here is our answer: We refuse to allow you to speak for all the American people. We will not give up our right to question. We will not hand over our consciences in return for a hollow promise of safety. We say NOT IN OUR NAME. We refuse to be party to these wars and we repudiate any inference that they are being waged in our name or for our welfare. We extend a hand to those around the world suffering from these policies; we will show our solidarity in word and deed.

We who sign this statement call on all Americans to join together to rise to this challenge. We applaud and support the questioning and protest now going on, even as we recognize the need for much, much more to actually stop this juggernaut. We draw inspiration from the Israeli reservists who, at great personal risk, declare "there IS a limit" and refuse to serve in the occupation of the West Bank and Gaza.

We also draw on the many examples of resistance and conscience from the past of the United States: from those who fought slavery with rebellions and the underground railroad, to those who defied the Vietnam war by refusing orders, resisting the draft, and standing in solidarity with resisters.

Let us not allow the watching world today to despair of our silence and our failure to act. Instead, let the world hear our pledge: we will resist the machinery of war and repression and rally others to do everything possible to stop it.

Fr. Bob Bossie, SCJ, and the staff of 8th Day Center for Justice

Richard Delgado, U. of Colorado Boulder School of Law

Nora Eisenberg, author of The War at Home

Nina Felshin, author of But Is It Art? The Spirit of Art as Activism

Jeremy Matthew Glick, co-editor of Another World Is Possible

Hazel Hernder, author of Beyond Globalization

David Korten, author of When Corporations Rule the World

Matthew Rothschild, editor of The Progressive

Jean Stefancic, U. of Colorado Boulder School of Law

Organizations for identification only (partial list as of 4/15/03)For more complete listing of signers, or to add your name to the statement, see: www.nion.us